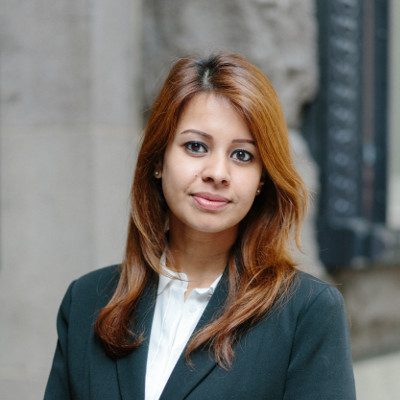 Jasmin graduated with a Bachelor of Laws (Honours) from Monash University in 2007 and went on to complete her Graduate Diploma in Legal Practice at the Leo Cussen Institute in 2008. Shortly after being admitted to the Supreme Court of Victoria, Jasmin returned to Malaysia to gain admission to practice as an advocate and solicitor in Malaysia.

Jasmin returned to Australia in 2017 and joined Kerin Benson Lawyers in June 2017 where she currently looks after our by-laws and levy recovery team. The types of legal work she has undertaken at Kerin Benson Lawyers include preparing and registering by-laws for strata & community title schemes, consolidating and reviewing by-laws, providing advice and representing owners corporations in relation to strata and building defect disputes, and acting for owners corporations in relation to outstanding strata levies. Additionally, Jasmin frequently writes articles for the firm’s website and monthly newsletter, and manages our social media.

Jasmin is fluent in Bahasa Melayu and also speaks basic Hindi and Punjabi. She enjoys drinking coffee, reading and travelling.